What if you had an idea of how supermarkets “should be” that you turned into a voice? And that voice became a rallying cry of thousands of people? And that crowd enabled you to open a chain of stores?
And those stores transformed supermarkets for the 21st century?
And more people were inspired to follow their own ideas of how it should be? That’s Ruth’s journey….

Ruth Anslow, Co-Founder of hiSbe Food CIC. She is in love with the idea that business can be a force for good, by serving the interests of the public and communities, not just a few shareholders and directors.

She’s not into destructive innovation that makes out-of-date business models obsolete. She believes that when we follow a vision of “how it should be,” we can transform whole industries. 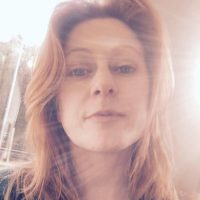