In 2015 Bloomberg Europe announced that Dr Kate Stone is going to shake up the world as we know it.

With a degree in Electronics and a PhD in Physics from Cambridge University; Dr Stone founded the award winning lab Novalia to explore the space where traditional print and conventional electronics converge, and has been living in that world ever since.

Some people expect the future to look like the film Minority Report, but Dr Stone believes the opposite – she wants to infuse our current analogue world with electronics so that everything looks like it always has…. except that it can come alive through interaction. Imagine a world where a teenager’s bedroom poster comes to life with the launch of a new album, or an LP that enables you to DJ from the actual record sleeve itself, or a notebook that actually plays musical notes? This is the world Dr Kate Stone is creating – by adding ‘digital soul’ to everyday flat surfaces that we take for granted, she is changing the world as we know it.

Using her patented interactive print Dr Kate Stone is adding interaction and capacitive touch to everything from hats and mandalas through to packaging and books – and connecting them to the internet, she is creating a new frontier for traditional industries that we already know and love, and who until now have been locked out of the technology age. 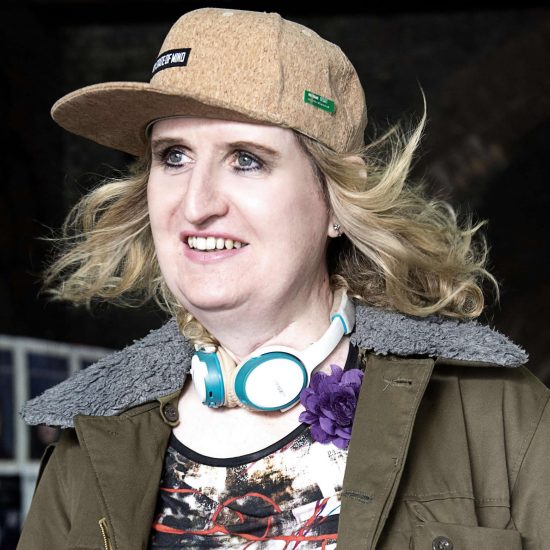