Barking Up The Wrong Tree 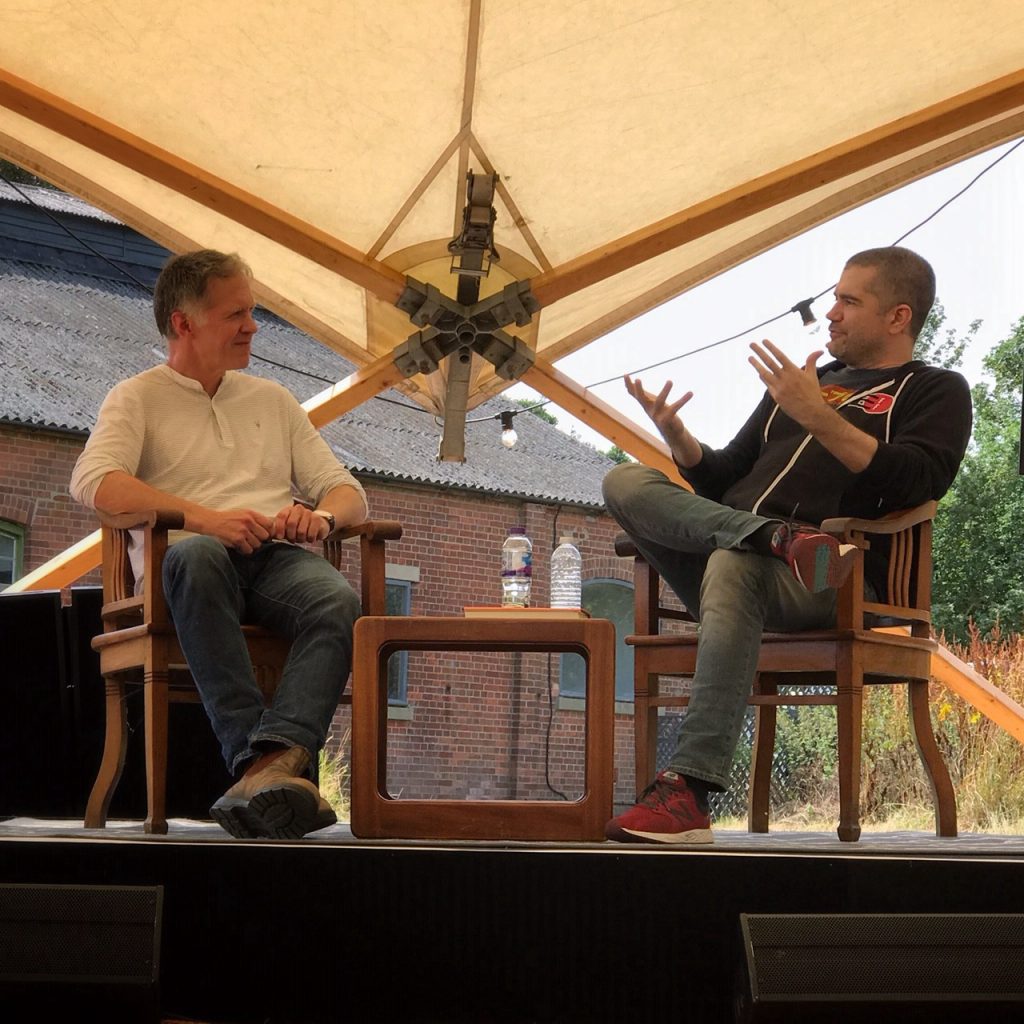 “It’s not what you know: it’s who you know.” “Winners never quit; quitters never win.” These and other maxims are bandied around in the business world as if they were sacred and self-evident truths. But Eric Barker — during a transition from 10 years as a Hollywood screenwriter to an MBA — set out to find out whether they actually hold water. The result was a successful blog that turned into his new book Why Everything You Know About Success Is (Mostly) Wrong.

In conversation with Michael Blastland, Eric talked about how he went in systematic search of the answers to these questions because “I didn’t trust myself not to be biased”. He quoted William Gibson’s saying that “the future is here — it just isn’t evenly distributed yet”: the answers were out there in “dusty academic journals, or studies nobody reads”. He set about bringing them out to a wider public.

Lots of the conventional wisdom is semi-wrong, Eric said, because it proliferates as memes. If a culture gets its conventional wisdom wrong, it dies out: “society’s maxims work for society… but will they work for each individual?” The canny individual — with his or her skills and biases — is the thing to think about. Know thyself. And if thou knoweth not thyself, said Eric, phone a friend. Your peers will have a much clearer view of what you’re good at than you do. We are storytelling creatures (“stories are the operating system of the human brain”); and many of those stories are misleading.

That “mostly” in his title is vital. Where most business books, as he said, say “Here’s the one thing you need”, Eric sought to find the evidence on both sides. Often that evidence is almost written out of the culture. You never get a mother saying “do badly in school”. Everyone enjoins you to “be a people person”. Yet as Eric discovered, valedictorians “usually do very well but they don’t usually lead or change the world”: the average Grade Point Average for US millionaires is a very unimpressive 2.9 out of four. And there are “lots of benefits that we don’t hear about in introversion”; indeed, “If I’m a very disagreeable person, that’s usually discouraged — but it could make me a very good litigator”.

Eric also dropped in some thought-provoking nuggets. He suggests that we spend too much time praising children for being good at things and not enough for working hard at them. He notes that — perhaps as a result of discrimination — successful women on average have more mentors than their male counterparts. And if it’s not true that nice guys finish last, it is true that nice guys can cover their asses when dealing with untrustworthy counterparts by what Eric calls “extending the shadow of the future”: build three or four steps into a contract so that at each stage the other person will know that dishonourable behaviour will have consequences.

Overall, context — what Eric calls “alignment” — is the key. A classic example is leadership. There are two entirely incompatible schools of thought and research about leadership: one holds that leaders are critical to the success of business; another that a well-functioning business does its thing more or less by itself and leaders are just figureheads who hoover up the credit.

Eric found a researcher who married these two incompatible ideas by looking at different types of leader: the “filtered leader”, who rises through the ranks of an organisation, will tend to reproduce its values and make more or less no difference; the “unfiltered leader” — a disruptor brought in from outside — will bring big changes. “Change is often bad — but in a dying industry or if the company is failing, an unfiltered leader is the roll of the dice you need. It might not work — but what you were doing definitely doesn’t work.”

So, Michael wondered: does that mean America was in need of a roll of the dice?

1) There’s no single way of being successful. The key is to align your propensities with the right working environment.

2) Top of the class at school doesn’t mean top of the class in life: “Life rewards being a specialist. Schools reward being a generalist. There are no entrepreneurs in high school.”

3) Challenge what seems to be accepted wisdom: “Sacred cows make the best hamburger.”