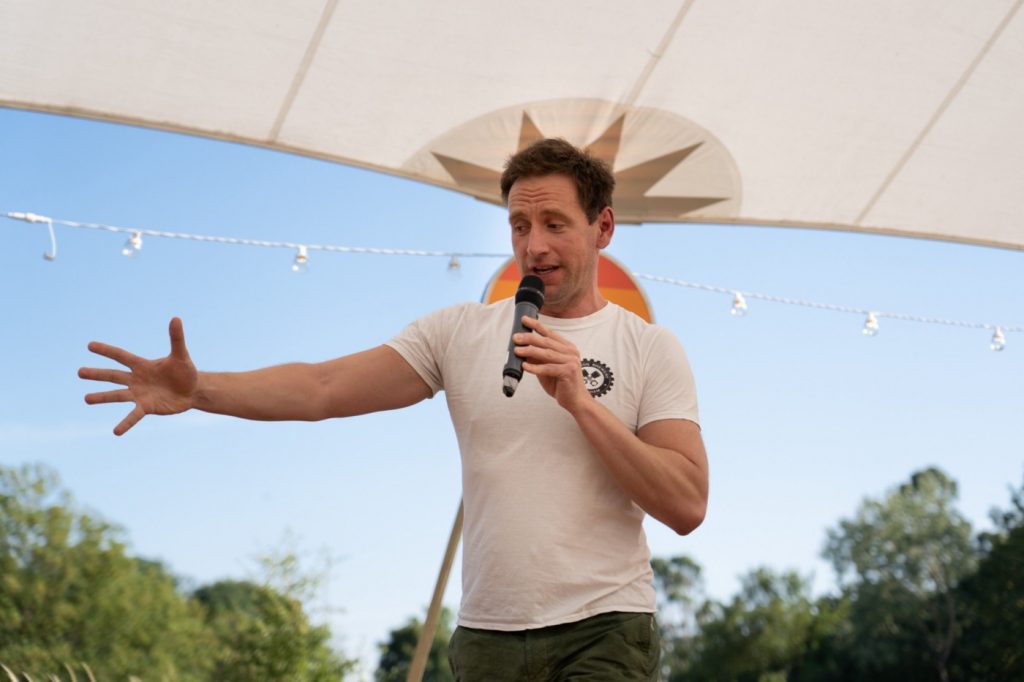 Nick O’Shea had been volunteering for more than a decade — it’s 18 years now — at Sydenham’s Tuesday Club for adults with learning disabilities when it occurred to him that, for all his good works, they weren’t improving the lots of the club’s members. Only 4 per cent of those learning-impaired adults had jobs — most of them for the trolley-pushing, bag-packing variety (“ten years ago, the second biggest private employer in Lewisham was Blockbuster Video”). They wanted jobs.

Nick, a macroeconomist whose day job is as Chief Economist for the Centre for Mental Health, set about starting a company that could give these guys employment. “It was going to be either moisturiser or beer,” he says, “and I didn’t know much about either.” Having asking himself, “Would you buy moisturiser from a daycare centre in Sydenham?” they settled on beer.

And with no experience, no know-how (and, in Nick’s case, not much enthusiasm for beer) they set about making some “really really terrible beer”. But, as he says, “nobody died” — and he went on to recruit brewing expertise on Twitter. Soon, the beer got better. There were setbacks — when the beer got poisoned by cross-contamination because they had “shared lines”, they found themselves pouring 2,000 bottles away into a bathtub by hand. Then a mysterious benefactor heard about the enterprise and rung him up offering to sell him a professional brewing kit — for one pound. “One of the guys said ‘We don’t have to give him a new pound. Give him an old pound coin,’ As I say, we are from Lewisham.”

And they are more than up and running. The Ignition Brewery now not only sells bottled beer — they can bottle 2,500 bottles in an hour — but has gone on to open a bar and taproom that Sydenham estate agents boast about in their publicity material. A crowdfunder for that made £23,000 in four weeks. Next, Nick hopes, will be a visitor centre and a food offer, an expansion of their brewing capacity and more.

There’s plenty of wit and mockery in the way Nick tells the story. But at the centre of it is the way in which, as he sees it, giving his learning-disabled colleagues meaningful work not only gives them “a cool job” but it helps change perceptions. When they tried a high-street stall selling cider and mulled wine — just to see if people would buy from disabled adults — the feedback they got from one customer was that “If you’d been shaking a tin and I’d given you a fiver, I’d have come away with my perception unchanged. But here’s something really different, it’s got booze, and it’s a fiver. I’ll have that.” The staff report to a “civilian” bar manager — but the learning disabled are serving drinks, hauling crates, and one who struggles with speech, known to the locals through the bar, finds kids lining up for his killer high-fives every time he’s on shift.

“Forty years ago,” Nick says, “guys like this would have had jobs. They’d be working in garages, in libraries or shops, in the civil service or breweries… but now there’s an idea that you put them in daycare centres, they’re told what to do, and what they can’t do. We’re trying to change that idea: because they have useful skills.”

As Nick says, it’s not a charity project. It needs to be — and is — a for-profit company. “You need people who are good at jobs so you can go forward and make money. We pay the London Living Wage,” he says, before exclaiming with the exasperation of any thrifty small businessman: “£10.55 an hour!” He adds: “They’re well worth it, though — some of the time.”

1) If someone can make money, give them a job: they can be making money for you.

2) You can’t change the system. But you can create “islands of wisdom” — outposts of something positive that will draw people to it and create something that can grow.

3) The recipe for a Sydenham Martini is “Just gin. No ice. Just gin.”