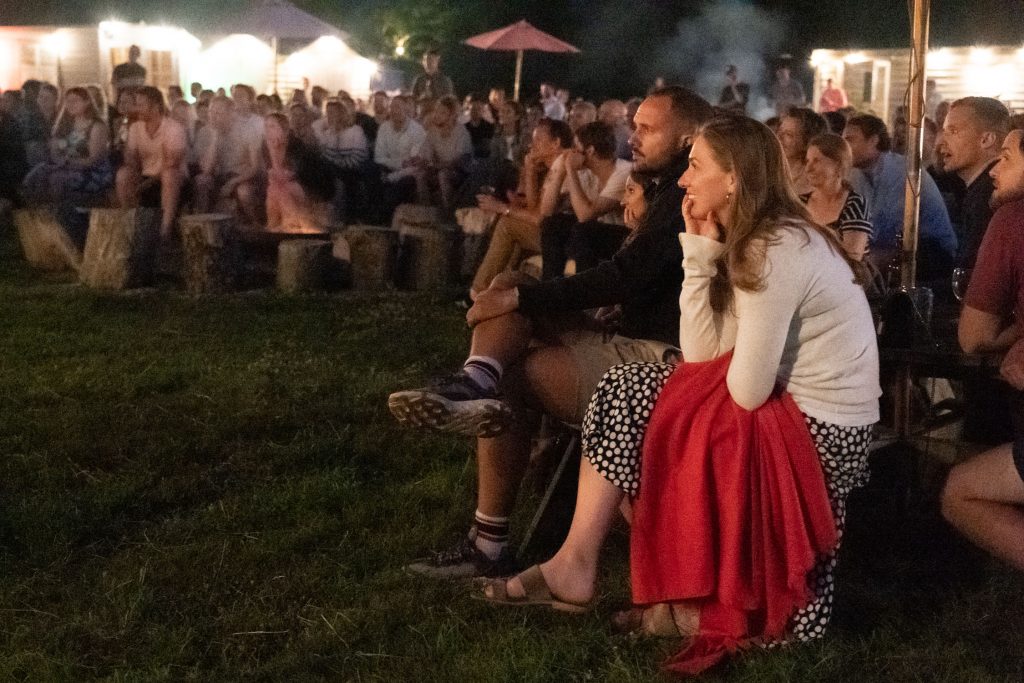 “It ain’t what you don’t know that gets you into trouble,” as Mark Twain famously said. “It’s the things you know for sure that just ain’t so.” And over a startling range of different intellectual disciplines and areas of life, the speakers at this year’s OffGrid Sessions demonstrated the truth of that saying. Seeing the stuff that’s there is easy: it’s seeing the stuff that isn’t there — realising what’s missing from our account of life — that’s harder. We think in stories and narratives, as several of the speakers discussed, and once they’ve captured us those narratives can limit our ability to conceive of other, different ones.

A couple of the smart thinking books we saw presented here complemented each-other brilliantly in giving us a big-picture view of that. Here was Bobby Duffy, for instance, who opened the festival talking about the mental and social biases that make us vulnerable to believing, to use a technical term from cognitive psychology, any old shit about the world — a message that couldn’t be more urgent in the age of Fake News and digital polarisation. The first step towards being less wrong about things is becoming conscious of the forces in our own psychologies -– forces baked in by evolution — that distort the way we understand the world around us.

Michael Blastland, meanwhile, opened our eyes to the possibility that the problem isn’t just in our brains: the world around us may simply be much more unknowable than we think. We have a scientific method that we have come to think, applied correctly, might provide a full explanation for why things are as they are. But, he says, that confidence may leave us even less well informed than before. What if there’s a “hidden half” that our science is ill-equipped to comprehend; if we’re looking for answers in the wrong places, and with the wrong methods?

Again and again, we heard from speakers who had realised that the received wisdom about things was wrong, or missed the point, or provided the sort of attractive and oversimplifying narrative that ignored complicated truths because it started from the wrong premise. Eric Barker, for instance, found the “hidden half” in the maxims about success: we all know about the virtues of refusing to quit, or making friends, or acing high school. But those truisms mean that the different and less visible possibilities offered by giving up at the first sign of difficulty, being a misanthrope and dropping out of high school to smoke weed. Ed Warner, too, uncovered the invisible and often counterintuitive ways in which the seemingly straightforward sporting events we watch on TV are shaped behind the scenes by the flow of money, and the way that flow determines what we see (and don’t see) on TV in the first place.

And one of the most significant hidden halves, as Caroline Criado-Perez demonstrated in her extraordinary talk, is half the population. The way that society is organised around men is so pervasive that even feminists often do not notice it: from the very building blocks of language to the architecture of Parliament Square, from the seatbelts in our cars to the temperature of our offices. We don’t notice that men have been treated as the default because (like all successful ideology) something arbitrary and unfair announces itself to the world as no more than the natural order of things. Here is what Bobby Duffy warned us about: one of the most deep-rooted cognitive biases of all is the tendency to think of ourselves as “normal”.

So another theme that emerged — in Caroline’s talk as well as others — was the way in which that particular bias can only be overcome by seeing the world through different sets of eyes and involving a wider set of experiences in the process of making decisions. Here’s diversity not as a box-ticking exercise in PC, but as a vital way of corralling a wider cognitive range — of bringing the hidden half into visibility. And that hidden half, as Nick O’Shea and Jaideep Prabhu argued, is also a rich resource for business: by “including the marginal”, in Jaideep’s words, you can tap into resources of both labour and consumer markets that have been invisible to more conventional businesses. Whether that’s learning-disabled adults brewing and selling beer in Lewisham, or entrepreneurial agents in rural India transforming lives and unlocking value in areas hitherto outside the “formal economy”.

Making the marginal visible was also, in a sense, a theme of Paul Conroy’s barnstorming story of his time reporting from war-ravaged Syria. We were gripped and thrilled to hear of his adventures and his several brushes with death — but the reason he was there, and the reason he was here talking to us about it, was that without war reporters and war photographers the likes of Bashar Assad would massacre their own people without Westerners paying the slightest bit of attention to them. We still, more often than not, look away — and that is to our shame.

And yet there are altogether different questions of what’s knowable and the ways of knowing it that can be answered by art. Entrancing talks by Alison SM Kobayashi and Wilfrid Wood approached those questions in different ways. Wilfrid, for instance, dug into the question of what a portrait can tell us: is the face simply a mask for the unknown and the unknowable? Or is it — as we all seem to believe whether we’re on Tinder, scrutinising a newspaper front page or gazing at a masterpiece in the National Portrait Gallery — a profound expression of some inner reality about its owner? How can a sculpture or a painting bring out that truth by slight distortion in that hinterland between photograph and caricature? And Alison’s work — at once haunting and filled with delight — shows us how art can rescue the invisible truths of human lives from the junkyard of time. Especially fascinating was the way she showed — through “casting” the audience in her performance piece — how the very quality of an audience’s attention can shape the story that they take in.

But ignorance — for all that our speakers warned of its dangers — can also be a sort of strength. Alex DePledge was brilliantly eloquent about how it was precisely her lack of experience that gave her the freshness of approach and clarity of thought to rethink the industries that her start-ups disrupted. Like Jaideep, she showed how tramline thinking — being imprisoned in a narrative — can make big businesses slow and unimaginative, can make them fail to see the facts on the ground that they need to be responding to.

Finally, we were all able to respond to one fact on the ground: a nice warm evening and the presence of a cold beer, as the brilliantly funny Rachel Parris played us out. “I’m amazing,” she sang. “I’m astounding! You’re amazed… and who can blame you?” Well, nobody. OffGrid was pretty amazing this year too.

Oh, and speaking of ignorance: that famous quote from Mark Twain I mentioned? There’s no evidence he ever said it. Stay frosty out there, people.