HOME > Uncategorised > Data Bias In a World Designed For Men

Data Bias In a World Designed For Men 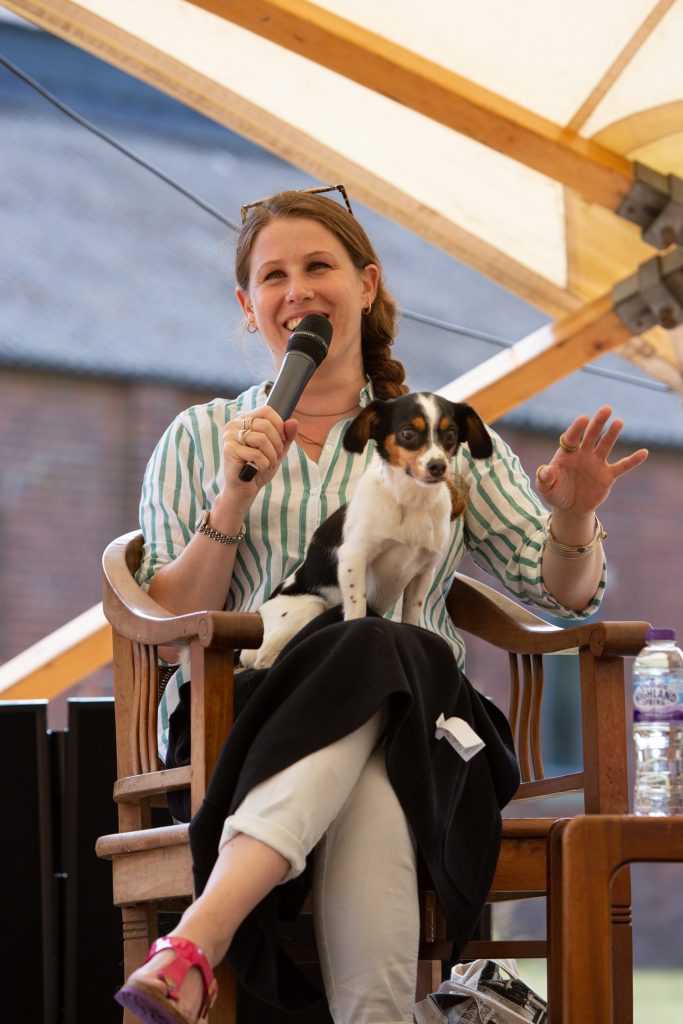 Caroline Criado-Perez — who successfully campaigned to have a woman on a UK banknote — was running with her dog Poppy around Parliament Square on International Women’s Day in 2014 when she noticed for the first time that every statue she passed was of a man. “I hadn’t noticed — and feminist friends were the same: they said: ‘How did we never notice that that all the statues in Parliament Square are male?’” By the time she’d reached Buckingham Palace, Caroline was setting up a petition on her mobile phone. That moment became the campaign that, four years later, would result in the statue of Millicent Fawcett in Parliament Square.

But it also crystallised a realisation that provided the seed for her new book Invisible Women: “We’re so used to men being the default that ninety per cent of the time we don’t even notice when women are being excluded.” A version of that thought supplied Caroline’s own conversion to feminism: “I totally bought the stereotype: I thought that feminists made us all look bad, that they should stop whining, that women would do better if only they weren’t so crap.” Then as a mature student she read Feminism in Linguistic Theory (“the book that turned me into a feminist — a banging read”). She realised that when she heard those “neutral” usages — “man” for “humankind” and so on — “Every single time, I was picturing a man — and I had never noticed I was picturing a man”.

She wants Invisible Women to recreate that moment for others, she told June Sarpong. Because as she discovered, our habit of picturing men as the default human isn’t just bad manners. It costs lives. And the book is filled with data — “you can’t argue with data,” said June — that shows how. Its starting point was medical: women don’t present with heart attacks in the same way men do (few suffer chest pain; they’ll more likely have breathlessness, nausea and fatigue, which looks like indigestion), but the diagnostic criteria for heart attacks are all based on the male experience. Doctors send women home and they die. “I’m a professional angry feminist — and I didn’t know about it!” Caroline says.

Soon she was uncovering examples across a whole range of areas of life: “Everything that’s every been designed, from toilets to cars to workplaces, have been designed as if man is the default.” It took until 2011 in the US, and 2015 in the EU, for car manufacturers even to use “female” crash test dummies — even though women are 17 per cent more likely to die in a car crash and 48 per cent more likely to suffer serious injury than men, and the number one cause of foetal death from trauma is car crash. Even now, though, the “female dummy is just a scaled-down man… and It’s only ever tested in the passenger seat. So: great for scaled-down men, who can now travel in safety in passenger seats…”

Again and again, she says, data is collected on women only reluctantly, and as an afterthought. Excuses are offered: women, it’s claimed, are “too complicated to measure”. In medical testing — where typically tests are run first on cells, then animals, then humans, at each point male examples are used. The defence is that women can’t participate in studies because of their childcare responsibilities, or because menstruation would skew the data. “Mice don’t have childcare excuses — so they use menstruation. But cells don’t have periods. And they found, for instance, that oestrogen helps female cells fight off infection but you’d never discover that if you’re only testing male cells.”

Caroline says that it’s not just about data but diversity: she doesn’t believe it was misogyny, but simple lack of thought, that meant that Apple’s health tracker will track your copper intake but won’t let you track your period. There wasn’t a woman in the room: “They forgot that periods happen… to half the population.” The problem is, people are very hard at seeing issues that don’t affect them personally. She quoted Sheryl Sandberg’s account of having pregnancy parking spaces put in at Google. When she told the head of Google he said: “I‘d never thought of it.” Sandberg herself hadn’t thought of it — until she was pregnant.

“If you assume that you allocate resources according to what white men need and hope it’ll work for everyone, that just doesn’t work. I feel for white men, I really do. It’s tough for you — but you’re just going to have to get fucking used to it.”

Caroline’s frequently asked what her next campaign will be. She says she doesn’t plan it like that. “Campaigns are a real pain in the arse. And nobody pays you for them.” When she succeeded in getting Jane Austen on the five pound note, “I asked the Bank of England if I could have the first one. They said it goes to the Queen.” Did they give her the second one? “I didn’t get any banknotes,” she laughs. “I had to go to the fucking cashpoint!”

1) Collect sex-disaggregated data: it won’t do to treat women as a “confounding factor”. You need to collect data on women as well as men, and analyse it separately.

3) Be More Fred. Fred — who’s commemorated on the Millicent Fawcett Statue — was a postal worker who, during the suffragettes’ struggle, was jailed several times for “failing to control his wife”. He’s a pioneer of allyship.